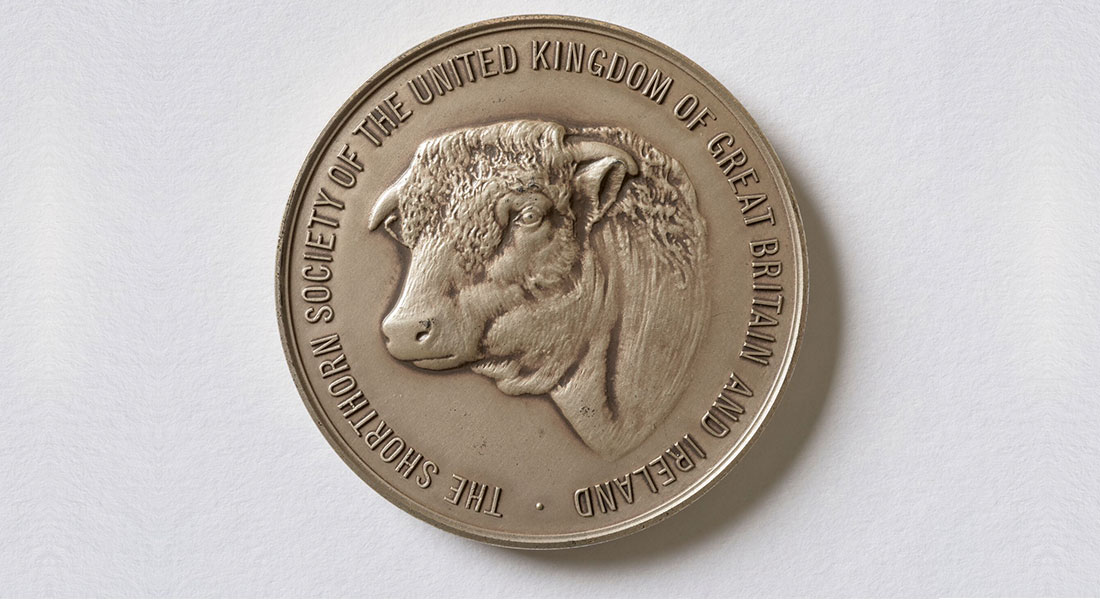 In 2018, Bigbury Mint was approached to make some copies of Medal’s on display at Chartwell, so that they could be used to handle by visitors and also Children on educational visits. There are many original medals awarded to Winston Churchill and the Trust selected four for copying by the company.

This case study aims to show how Bigbury Mint went about making a copy of one of the Medals, the silver medal awarded by the Shorthorn Society to Churchill for his prize cow ‘Beatrice’.

The Trust did not want to send the medals from their care to be Digital 3D scanned. This mean that new models of the medals had to made from scratch. Hamish MacGillivray from Chartwell provided photographs of each side.

At Bigbury Mint, Matthew Holland began by scaling the photographs to exactly 4 times the size of the medal as the guide for the enlarged models. Acetate sheet was laid over each photograph and the design was traced accurately using a sharp scriber. These would be used as guides for the carving. 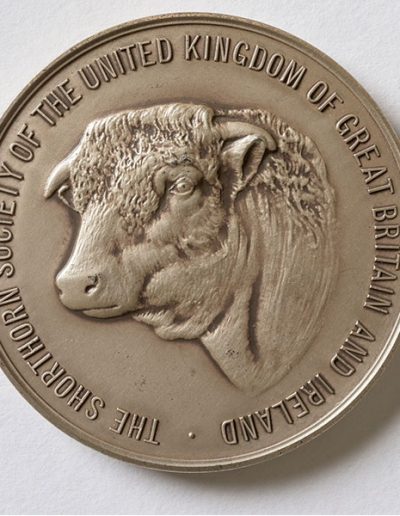 This is the front of the original medal 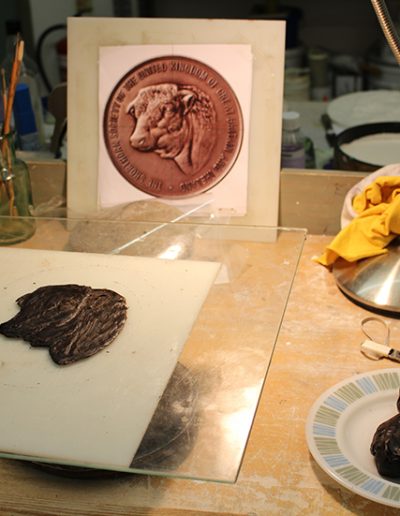 An initial rough model of the Cow is carved in wax. 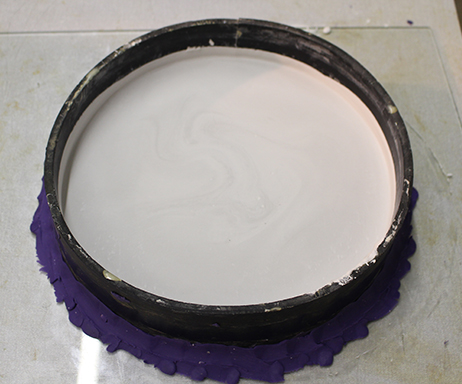 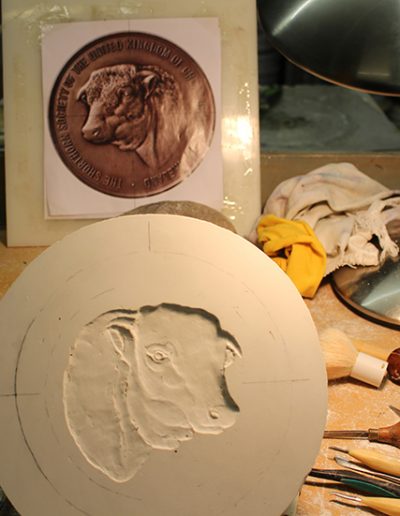 A negative plaster is made from the wax. 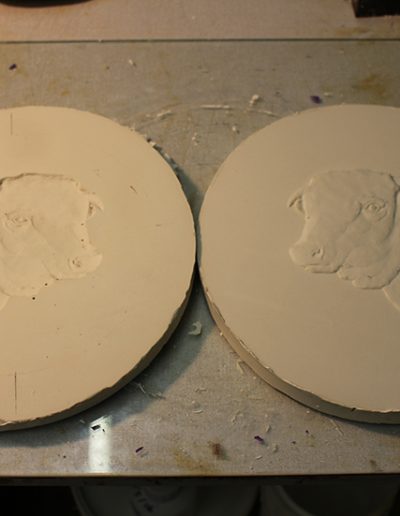 A positive plaster is cast from the negative. 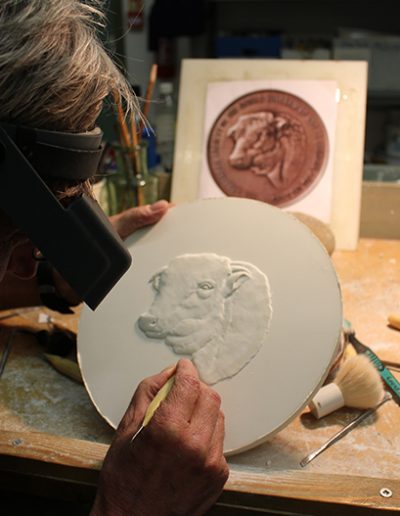 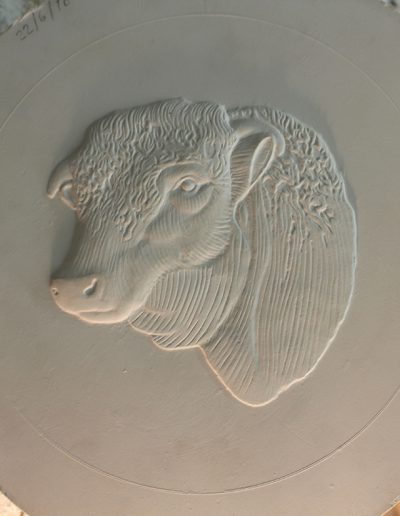 The carving is gradually refined 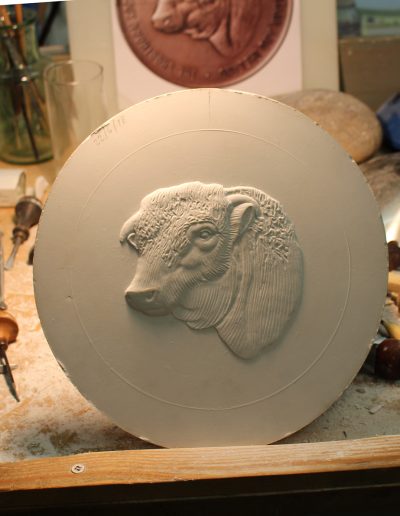 When we are happy with the Cow, we can begin to look at the text. 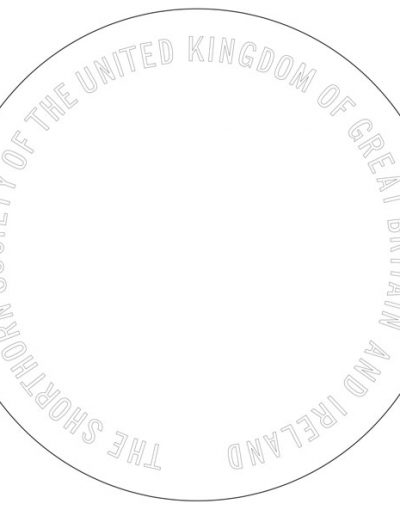 The lettering is traced 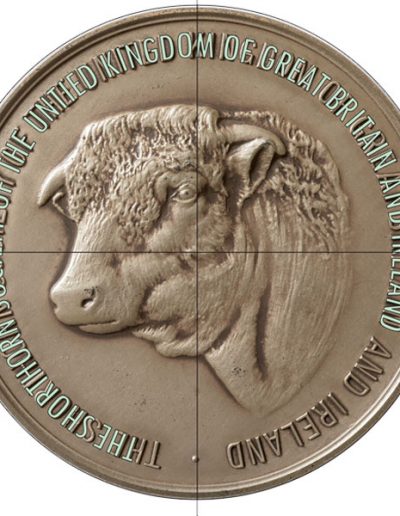 The lettering is compared to computer font. 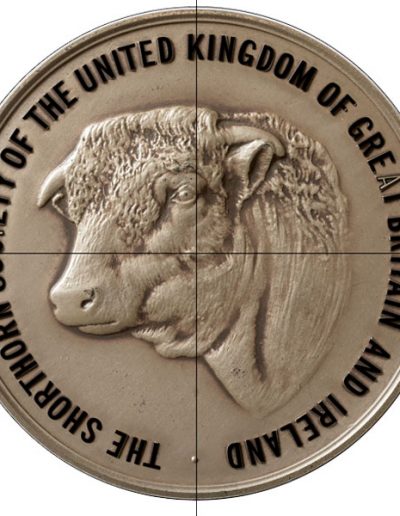 The letters that are different are redrawn. 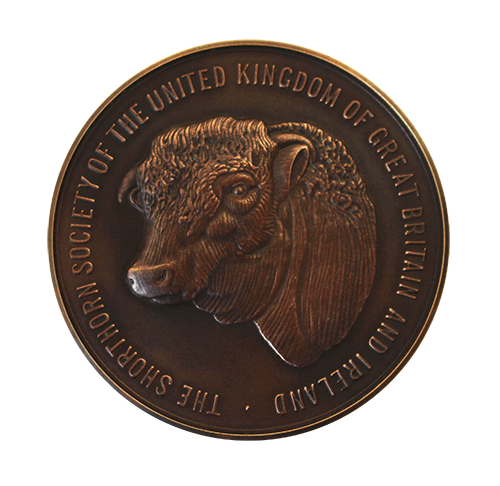 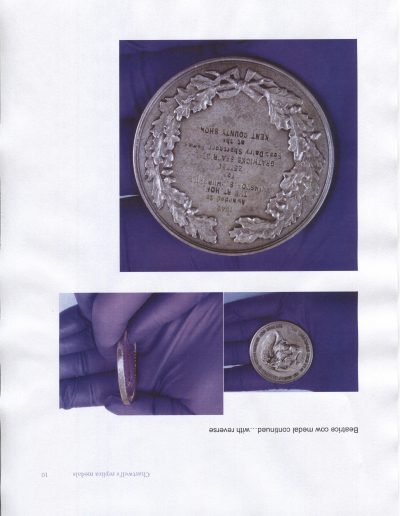 A photograph of the reverse of the original Medal 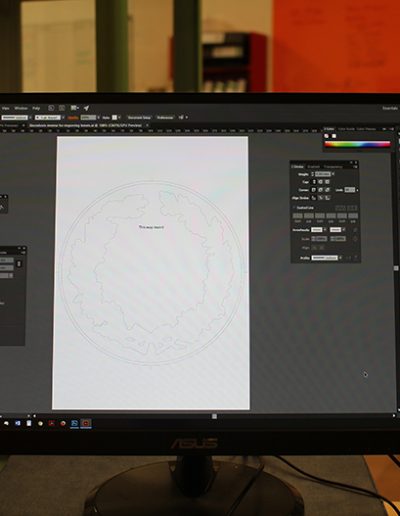 The reverse main form is drawn on the computer 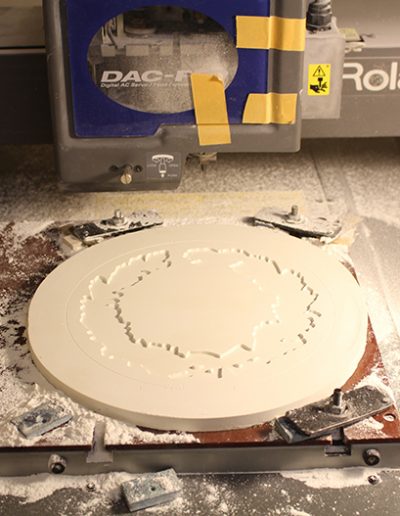 Cutting the negative shape in the plaster

The main negative shape is cut out by CNC 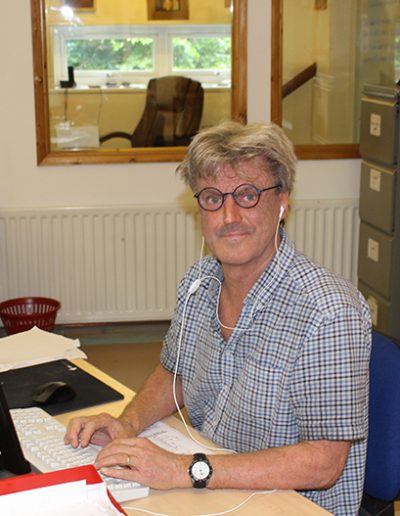 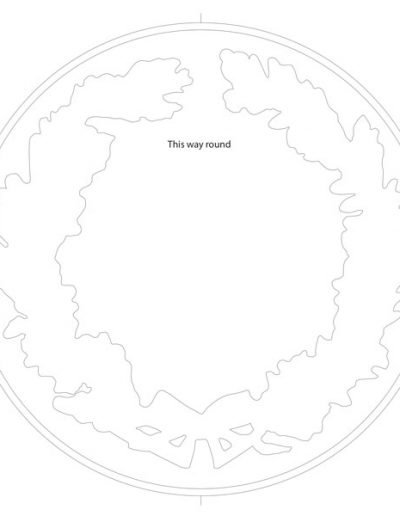 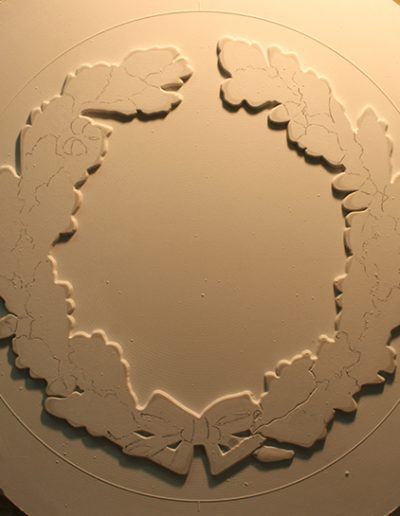 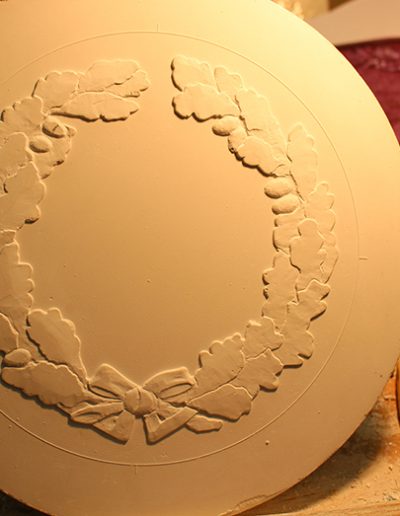 Detail carved into the plaster by hand 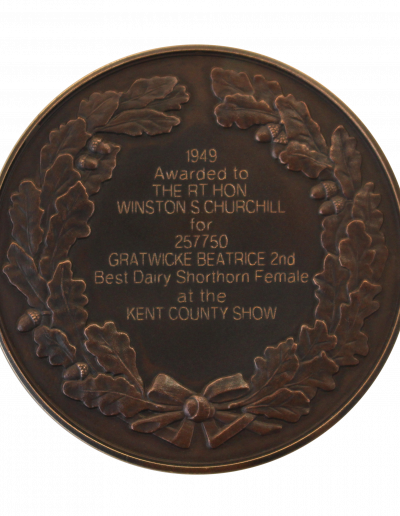 The main form of the Cow’s head was modelled in wax (in positive relief) and then cast into a plaster tablet.

The negative plaster was improved by hand carving with burins and scrapers. Then it was coated with soft-soap and a positive plaster was cast from it. Matthew continued to carve on the positive until he was happy and again soap-up and cast to the negative plaster. The carving on both positive and negative continued until it was felt that the likeness had been achieved. This was photographed and emailed to Chartwell for approval. Hamish asked for some minor tweaks which were completed to his satisfaction.

A silicon rubber version (positive) was cast and then from that, a resin negative model.

The lettering was then CNC engraved into the resin model.

The completed model was used to create the steel medal die by use of a ‘reducing machine’. The new die was hardened and polished ready for use.

In Illustrator, the outline of the wreath was drawn up. This was CNC engraved in negative into a plaster tablet. After casting into the positive form, Matthew began carving the leaves and acorns. He continued carving alternately in positive and negative until he was satisfied that the carving was a good copy of the original. The steel die was made in the same way as for the Obverse

The solid silver medal was struck three time in a hydraulic press with annealing (softening ) between each press and the rims on both sides were turned on a lathe. The Silver medal was sent to London assay office to be hallmarked.

The medal engraving was completed on a CNC machine to match the original.

The photograph shows a bronze version that we made to keep in our Archive.