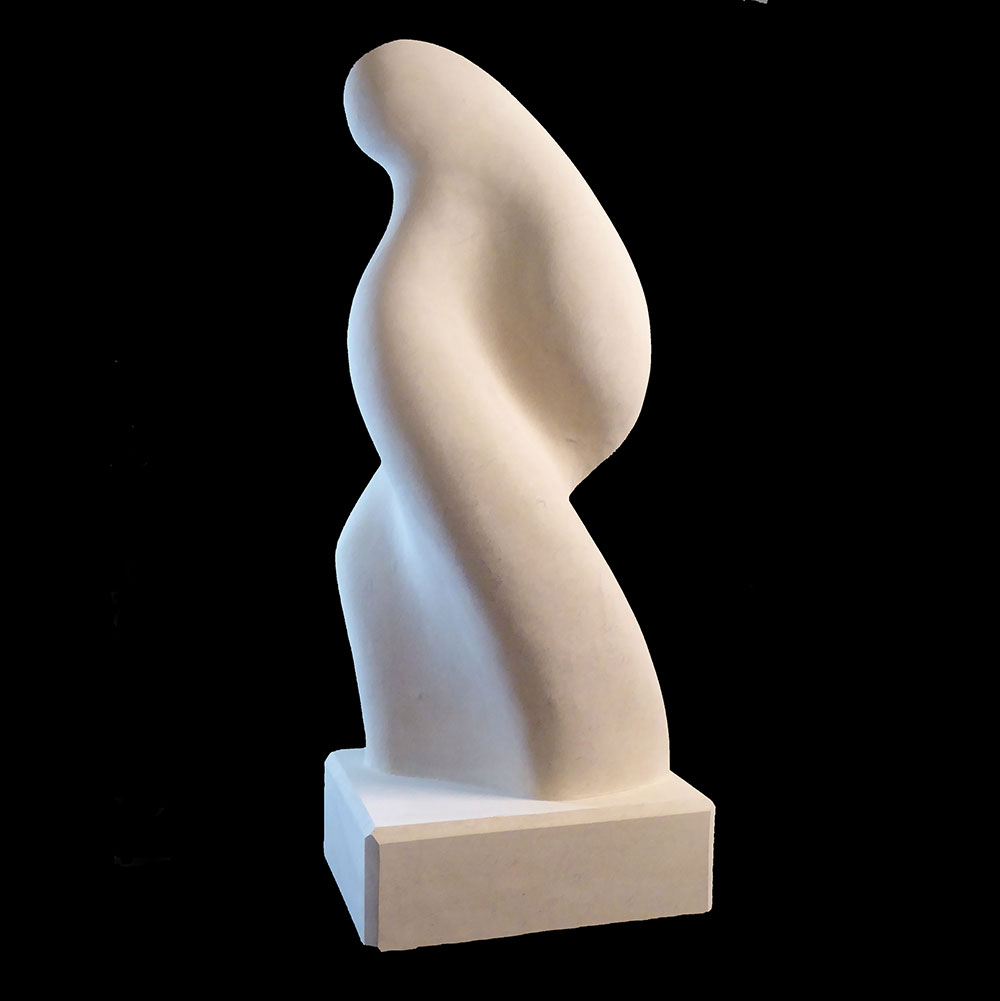 Back to Sculpture Main Page

A while ago I read “The Unlikely Pilgrimage of Harold Fry” by Rachel Joyce (which I can recommend). It’s a story about a staid, elderly man living in Kingsbridge who goes out to post a letter to a childhood sweetheart who is dying of cancer in Berwick on Tweed.
Instead of putting the letter in the postbox he decides, impulsively, to just keep on walking and deliver it by hand.
I was fascinated by the character and thought to try to make a model of him.

At the same time as I was juggling with this image I was being bombarded with the most appalling stories of barbaric cruelty on the news and it was making me feel helpless to do anything about it.

Hey! my pilgrim could at least help me express something of what I felt!
And so gradually, the idea of a “Universal Pilgrim” took shape.

The brief I gave myself was to create a figure to represent all those on a journey towards humanity, peace and tolerance in the face of all the horror and bloodshed taking place in the world today.
It had to be a truly universal figure; nothing that could identify it with any particular ethnicity, faith, colour, gender or political persuasion.

This brief made the modelling particularly challenging – it was barely a figure at all..

At 1.4 metres high in Bath Stone, I am very pleased with it.

The sculpture is now installed in Exeter City Centre