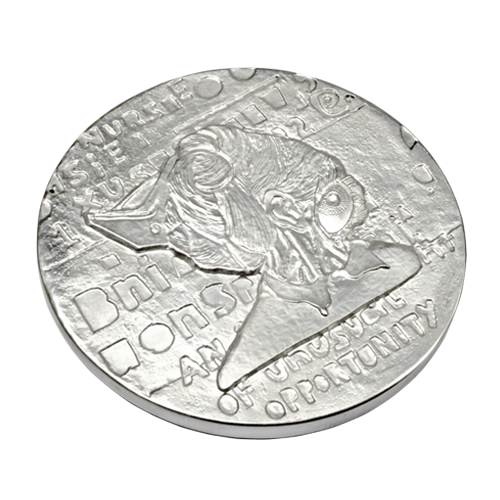 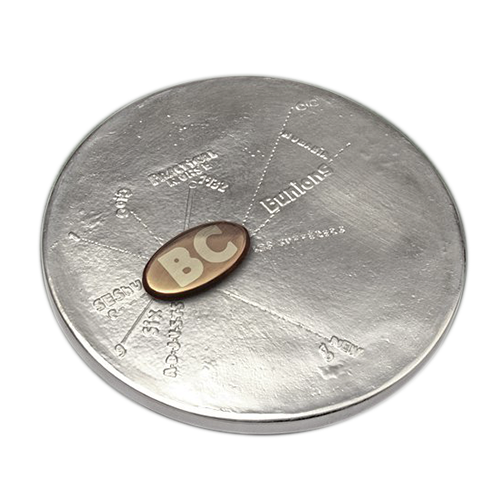 This is one of a series of medals that were commissioned for an exhibition at the British Museum, London, by the British Art Medal Trust, called ‘Medals of Dishonour.’  Twelve artists were asked to design medals for it.  The American artist Ellen Gallagher was one such artist, and this is the result.

The artist supplied an artwork for the medal made in cut blotting paper. Bigbury Mint was chosen to make medals from this artwork. The artwork was sent to Howard Bros in Birmingham to be digitally scanned and the resulting file was manipulated by Mike Honey to CNC engrave the plaster models. The plaster model was then ‘cleaned up’ by hand carving until the result required by the artist was reached.

The medals were made of silver with an inserted ‘pill’ of brass which was made separately with another die to the exact size to fit the recess in the medal.

The artist sent an email once she saw the final piece,

‘I received the medal and it looks super great. I LOVE it!  Thank you.’

Details of the 2009 exhibition can be found on the British Museum website.